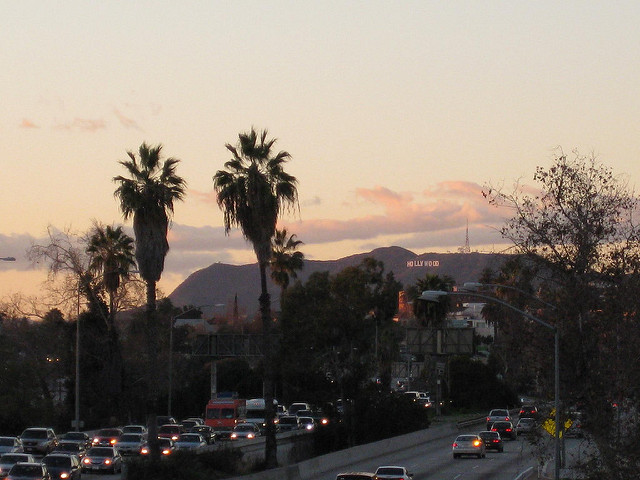 Los Angeles, I hate you.

I know, you’re not supposed to say things like that when you’re upset.
I know, I’ll probably take it back later.
I don’t mean LA: the people.
I adore a good many of you.
I don’t take issue with any of you personally.

I just need to get this off my chest.

I’m afraid to write this.
Afraid you’ll think I’m ungrateful.
There’s a voice in my head shaming me,
For not feeling awesome every moment,
With all my privelege.

I’m afraid to write this,
Afraid you’ll think I’m
Making myself suffer unnecessarily
And you’ll feel the need to jump in and help.

But please, let me just tell you how it is for me right now.

There are so many voices in my head here,
telling me I can’t even say these things.
Why did the self-censorship knob
Get dialled way up,
As the plane descended over California?

There are so many strings here
Tugging in a thousand directions
People and things
Demanding my attention.
That I’ve assumed responsibility for.
Where my mere presence carries the silent weight of
A million obligations.
Conscious and unconscious.

And they won’t stop pulling.

Yeah, I know.
This is what my mindfulness practice is for.
This is why I train the skills to reharness my own mental energy.
That’s the way to fix this scattered attention problem.
But right now, I’m not having a problem that needs fixing,
I’m just having feelings.
And we as a society need to learn to let feelings be okay.

This place has all these patterns carved in my nervous system
Like the rhythmic cutouts on a player piano’s feed.
The brain recognizes the melody here and tries to play the old score
But the piano has been re-tuned.

And now all I feel is the empty holes in the paper,
Sliding over the sense-places inside
And the little hammers
Frantically reaching for notes
That are the wrong keys
At the wrong time
So the piano won’t even make the sound.

And what the critical voice says shows that
I’m really crazy
Is I haven’t even been outside yet.
Well, except for that stop to buy $9 juice
(Oh my God)
On the way back from the airport.

I appreciated the illness.
I rested in the safety of its cocoon.
Now I have to pretend to want to be a thriving human
In this place that’s so filled with memories
Of me slowly killing the most vibrant parts of me here
Over and over.

The little daily deaths
The life full of endless appointments
Biting my tongue at the backhanded compliments
Trying
Miserably
To ignore the criticism
Of those so blind they
Actually thought it helpful.
Absorbing the blow of unsolicited advice with my best artificial attempt at a gracious smile

Slaving through the soul-sucking mediocrity
Of work that fit “well enough”
Because it kept the rent paid
In this stupid expensive town.

And left me enough time to do
“Something else”

But that “something” was
Always a furious 5 million things
Because I was continually letting myself be
Emptied inside
And I was starving.
Trying to plug the leak
Left by a lack of real self-expression.

It’s an act of rebellion
For me just to cry here
In this place where
“Aren’t I supposed to outsmart suffering?”

I’m supposed to be smarter than that, too.
I have a masters degree in feelings.
That’s very useful to remind myself,
When I need to stuff the feelings.

I started writing poetry
In these couple months away.
I thought I’d use this emotion this morning,
to sit on the balcony and write.
But it’s 97 degrees, at 10am.

I wanted to say 36 degrees…
Like I would have had to say, to be understood last week
Like the rest of the world would say…
But here, that would make me a pretentious ass.
Or so these voices say.

In any case, its hot as hell,
And so dry that it’s good I’m not smiling
Or my lips would crack right open.

Why the fuck do people flock here for this weather?

And I glance back over what I’ve written,
And I see the “daily little deaths”
And the chorus of voices
Roll their collective silent eyes,
At the overdramatic little girl in the corner.

Not allowed to have big feelings here.
Too busy – those aren’t helpful.
Or they might get in someone else’s way.

Not allowed to have a big body here.
Every woman in town
Constantly trying to shrink
To take up less space.

Not allowed to have a big voice here.
What if, God forbid, I sing off key?
I hit a sour note?
Is that why I parted with music a decade ago?
Last week I laughed off the mistakes, and let my camera keep on rolling.
Here it feels like even the slightest judgment
Will force me back into my box
To have my emotions
And vitality
Slowly socially euthanized

Not allowed to make mistakes here.

I’ve spent 30 years here.
Slowly etching a more perfect mask.
Trying to erase the parts
That didn’t fit all I learned
About “success”.

I learned a lot of really useful stuff too…
Sure.
But even my need to look at the positive all the time
Can be self-abusive
When it’s done to protect anyone
From having to come in contact
With the fullness of how I actually feel in this moment.

Reframing
to claim peace
is awesome
But too often
I’ve reframed
to stuff down the inner revolts.

I’d reframed this return.
Carefully telling people:
“Yeah, I’m okay with leaving Bali earlier than expected.
I’ve decided just to not see it as
‘Going Back’.
It’s just that L.A. happens to be the next leg
Of my ongoing Lifecation…
I’m still Going Forward.”

And it worked, at the time.

But now the old Player piano feed is running through me
Testing how “forward” this is.
Inviting me into the numb safety of coping mechanisms past.
And I find it enraging.

Funny,
When I came back in from the heat
And sought some comfort of the AC
And took some quiet space to feel
And to write
And used these feelings
As juice for something creative
Instead of
a sign of a problem
The feeling of rage has
Softened, richened, ripened
Into a feeling of aliveness
Of self-with-ness.

Oh, I have other feelings of distaste for you though, Los Angeles.
The desperation to be chosen for fame and fortune
Hanging thick in the air
Where the game of “look at me”
Never stops.

Where Teslas and Lexus’ jostle for position down the 405
In the constant battle for ego dominance,
And relentless pursuit of the
Nearly cellularly-encoded
Heratio Alger Myth.
Where security trumps all
Except maybe status.
Which is a kind of social-security,
Until it isn’t.

Not that that all feels so directly connected to LA itself…
No, that’s just being back in America.

With its Mass shooting of the week
Public outcry over another unpunished rapist
Young people deciding their vote is broken and giving up
And a lot of beautiful stuff too, sure…
But that’s not what this post is about.

It appears this post is about
Risking, in some small way,
Saying things I’m not supposed to say,
Now that I’m back here.

I don’t know the cost of this rant.
But the cost of not-ranting is the
inevitable slow death
Of what makes life matter.

My hope is,
This helps someone.

My hope is,
Someone else with a very real,
Yet very un-sympathy-inspiring
Post-travel crisis
May read this
And know she’s not alone.

And know
She has permission to feel
And know
It’s okay if her piano won’t play right now
And know
She doesn’t need to fear sliding back into old ways:
The square peg she’s grown into just won’t slip into the old round hole.

That in spite of everything we’re told,
We don’t have to run from what we feel.
Our feelings are okay.
We are okay.

I guess I don’t need to hate you, Los Angeles.
I think I’ll go buy groceries now.
It seems I’ll be here for a bit.