//booking.com info Books for the Plane: Choose Yourself - The Art of Lifecationing //Part Time Nomad Youtube Verification
Skip to content 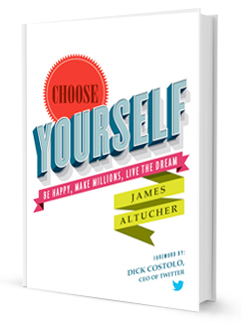 Disclaimer: This isn’t an objective book review. It’s the personal story of how one book recently interacted with my life and travels. I share because I think there’s useful nuggets here, but if it seems like it’s all about me… it’s ‘cause these are the only eyes I get to see through!

I read Choose Yourself, a couple months before I left for Bali, at the suggestion of my coach, Maria. I’d heard of James Altucher before, but not taken a huge particular interest in his work.. Partially because I was introduced to him through Ramit Sethi, whose irreverent style can sometimes be a bit off-putting for me.

My mind changed as I began reading. I dog-eared several pages, (yeah, I’m one of those monsters), and had a little collection of gems in my notebook afterward. Even more importantly, I had a new daily practice.

Initial Takeaway:
Altucher’s 4-body care description really worked for me. He’s certainly not the first to tell us that we have, in essence, 4 bodies that all need our care and attention (physical, mental, emotional, and spiritual). Something in the way he shared this concept and how he attends to it just fit the way my brain works. I got to work.

I am pretty much always tracking something in spreadsheets, (like all the money I spent on my time in Bali). Early this year, when I read Choose Yourself, I was tracking my self-care and eating practices. I immediately added columns to my spreadsheet, to inspire me to make sure I did at least one thing each day, in intentional care for each of those four bodies. [P-M-E-S]

This 4-pillar self-care foundation really helped support me through the chaos of giving up my long-term romantic partnership, apartment, active role in my company… everything, and moving abroad for a spell. As Bali approached and arrived, I didn’t really need to think about the book anymore.

Until my last week in Bali, when it surprisingly came back to front of mind, for completely different reasons.

Central Message:
The central premise of the book, as it hit me, is that we’re taught to work really hard in hopes that we might be chosen – for the best school, for our perfect job, by that dream guy/gal. We’re always wanting someone outside to choose us. This spins a lot of our energy into hoping for something that’s completely out of our control, and can underly a lot of the stress, anxiety, and exhaustion of modern western society.

Altucher asserts that instead of trying to please the rest of the world into choosing us, we can actually choose ourselves. He then lays out a whole bunch of philiosophies and practices one can use to craft an awesome life. Some are well-worn, and some are novel and exciting. In any case, this notion of choosing one’s own self is worth continually returning to.

My Experience:
Just before I left for Bali, Coach Maria started encouraging me to work on envisioning a positive future for myself. (I had been pretty nose-to-the-grindstone focused on just getting everything arranged to escape, and didn’t want to even look past that grindstone at Bali itself, much less an overall life context beyond).

I did some leveling with myself, and noticed a thread of a dream that I’d buried, giggling inside at the thought of potentially becoming a next pursuit: I wanted to land a contract singing with a rock and pop cover band on a cruise ship.

Of course, as often happens with getting clear on a possible future target, a boat load of resistance crept up right behind – which led to exactly the work on overcoming resitances that Maria was leading me into. I did that work, and then pressed pause, not committing myself to any next big ambitious project, and leaving myself open for Bali. Shipboard singing drifted to the back of my mind again.

But it didn’t drift to the back of destiny’s mind. Bali offered me so many opportunities to make music, that before I knew it, I was regularly singing with a local cover band, telling other travellers about my cruise ship plan, and getting their help recording video for my upcoming application. It was all great energizing fun.

My trip was unexpectedly shortened (for nothing more dramatic than limited frequent flier award flight availability), and suddenly, my return to Los Angeles, and away from this fertile nursery of my musical dreams, loomed ever closer. I had no cover band to sing with in LA… if I didn’t get enough footage to show that I would rock at the job now, how would I ever get it? I mean… a karaoke bar just isn’t going to paint the same picture for the cruise entertainment departments, as showing them I can actually front a band. I NEED to perform well enough now, to get them to CHOOSE ME.

Thusly, the fun stopped. Learning new songs off of YouTube started to feel like a chore instead of an adventure. Stepping on stage, I worried about whether the visual nuances of my performance would read on camera, instead of just being delighted at once again being invited up to sing with the pros, at all. Suddenly focused on needing to be chosen, it became about “my performance” being “good enough”, instead of just having fun making cool sounds with some really amazing dudes.

No fun.  I like it much better when I’m laughing along with everyone else at the left-field idea that I’ve decided to pursue next.  Fortunately, salvation was imminent… thanks to Reality Television (?).

(And this book… don’t worry, I haven’t lost the topic of this book!)

Thank God for X-Factor:
(Or whichever talent-contest show I happened to be watching Youtube clips of at the moment).

In one of my quests to learn a new song the band wanted to try out together, I went back to YouTube, as I’d been doing, and one of the featured clips with that song was some singing contest show with Simon Cowell, as it always was, and I watched as the same formula played out I’d watched tens of times that week:

(That’s not a reference to you personally, Dad, you’re awesome.)

When I stopped to think about it, it was ridiculously formulaic, manipulative, and gross. It also pointed out to be the absurdity of our constant overarching cultural need to be chosen. Thus, bringing Altucher’s book back to mind. And thus, pointing out to me where I’d gone off track.

..and then blip, with one little flip over the edge, I chose some perceived authority figure instead, and had to just work and hope that they might choose me back.

Fortunately, I still had a few days left with this realization surfaced. I set aside the need to be chosen by Carnival Cruises, or anyone else, and chose the experience I wanted to have. I wanted to play. I wanted to be totally present and totally in awe of the musicians I was playing with, and thrilled at the sounds my own body created, in collaboration with them. I wanted to entertain my friends, and cherish my precious limited time in tropical paradise.

Of course, as you might expect, the best footage of the whole trip came from the night I made that decision. And I was certainly able to be the most present with all the other amazing people involved, instead of lost in my own head with worry about whether I was worthy.

The inquiry whether I’m choosing myself, or posturing in order to be chosen, is one I’ll keep with me. I suspect others will continue to unfold out of this read, as well. A good one, for sure.

Available via Amazon, or your local public library system.

1 thought on “Books for the Plane: Choose Yourself”